Get Your Cymbalta Patient Assistance Today

The RX Helper can help you afford your prescription medication, including Cymbalta.

Cymbalta, also know as the generic brand Duloxetine can be used to treat different types of conditions. Its main use is to treat depression and anxiety. It can also be used to treat nerve pain for those who have diabetes, arthritis, chronic back pain, or fibromyalgia.

Cymbalta is a serotonin-norepinephrine reuptake inhibitor (SNRI), which helps by restoring the balance of certain natural substances. This means that for most people who take Cymbalta, they will notice improved moods, sleep, energy levels, and appetite. It is also able to decrease the pain of certain conditions.

How to Get Your Cymbalta Patient Assistance 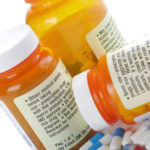 For low income individuals or those without insurance, paying for medication can always be difficult. The RX Helper works by helping those who cannot afford their prescriptions by paying in full or a portion of the medication. In order for The RX Helper to help with Cymbalta Patient Assistance, you must meet the eligibility requirements that are found here.

For those who are insured, insurance will pay for the copay of the medication which will be around $20. But for everyone else that does not have insurance, they will have to pay in full and out of pocket. The cost of Cymbalta without insurance can be about $185 for a 20 mg bottle, depending on the market price. That can be an inconvenient price for those needing to support themselves and their family.

The generic name is Duloxetine for Cymbalta. This medication was first discovered as a serotonin-norepinephrine reuptake inhibitor (SNRI) in 1988 by Eli Lilly. The drug was filed with the Food and Drug Administration to be registered as a new drug in 2001. It was finally approved on September 4, 2004 for the treatment of depression. It was later approved for other treatments on different dates as well.

Scientist believe Cymbalta works by triggering the change in the serotonin and norepinephrnie activity in the brain.  In the United Kingdom, it is also approved for treating stress urinary incontinence but not in the United States because of possible liver toxicity side effects.